The idea for the 'Woodchurch High School Dress of Remembrance', was born from a comment made, last year,by one of our Year 7 pupils who asked if,' we would be able to sell and buy poppies this year in school?'.

Sadly, due to health and safety reasons, the answer was 'no'. So the question then prompted Mrs Jones into thinking of another way that the school could remember and show remembrance for the sacrifices made and for pupils to show personal messages of gratitude and thankfulness.

This year the dress was 'reborn' and we updated the design to include red,white, purple and black poppies.

A poppy was cut for each pupil and member of staff in our community. Handwritten messages were added to the dress. 1300 poppies were then stitched and constructed onto our dress.

The dress then became a symbol of Hope and remembrance, as pupils and staff continued to add personal messages. The dress stood proudly in the school foyer, with the waterfall of poppies cascading down the back.

Each poppy came with a small donation and money raised was donated to the Earl Haig Fund.

Special thanks to the Year 9 pupils below who helped Mrs Jones construct and install the dress and poppies. 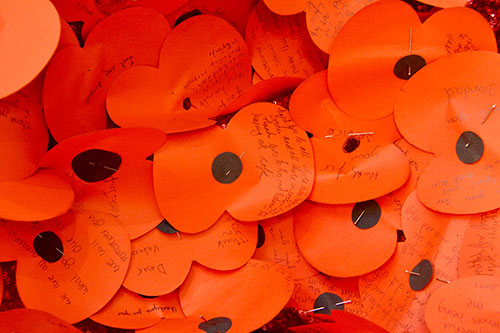 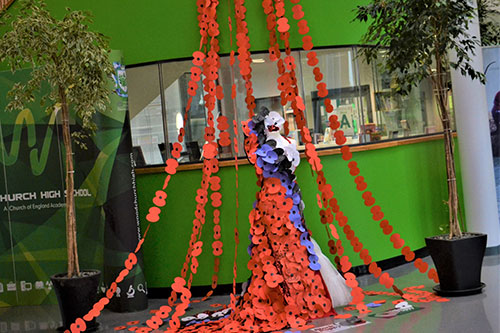 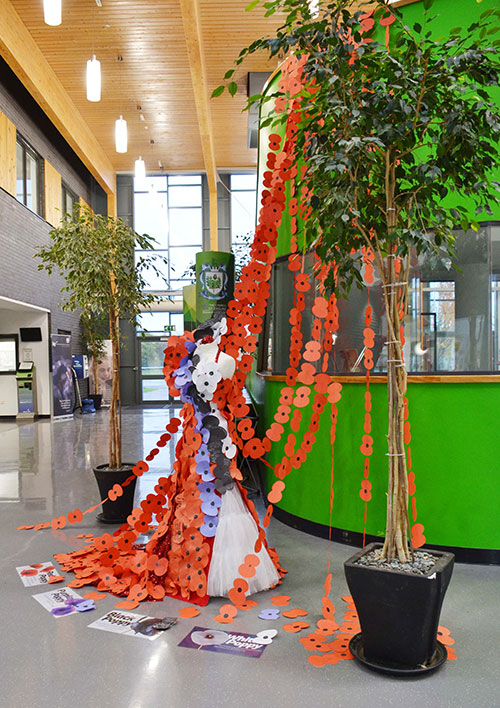 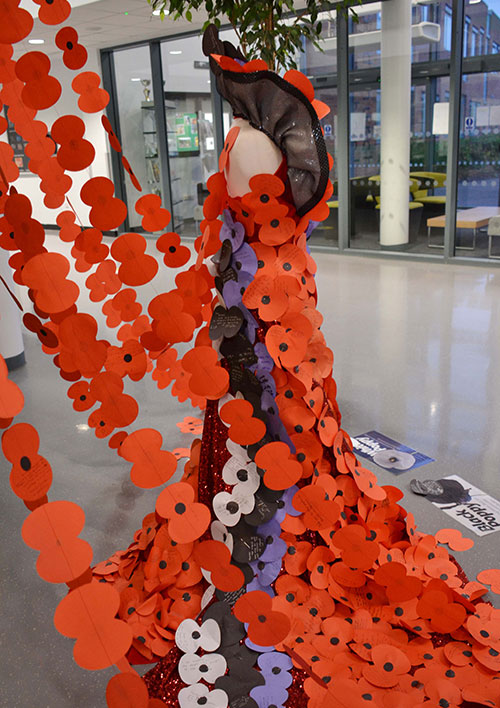 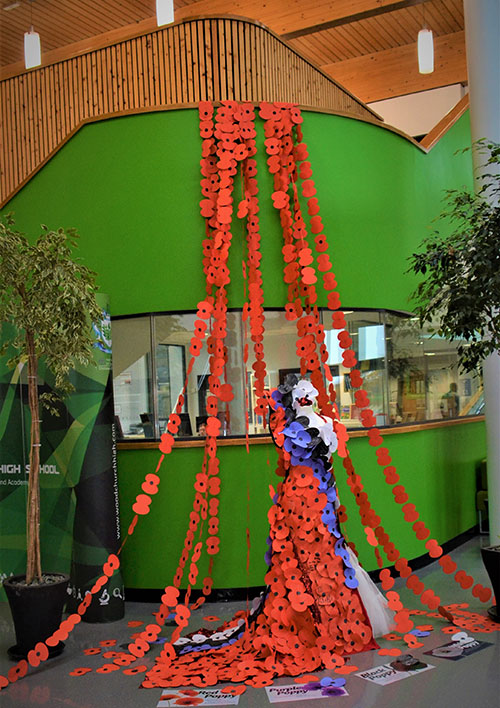