It has been another wonderful term in respect of Character development for our Year 7 cohort. I have been particularly pleased with how our pupils have demonstrated the Christian Values both in school and at home. Parents and carers have been emailing their experiences of how their child/ward have been letting their light shine by displaying Christian Values such as Integrity, Compassion, Endurance and Thankfulness. This has led to nearly 400 My Character nominations and clearly shows how our pupils have really captured our vision, culture and ethos.

Mr Hulse (Year 7 Pupil Progress Leader) is delighted with how the year group has bought into his vision, ‘Shine Bright’, for the academic year and will be celebrating pupils' Character achievements in assembly by handing out My Character Certificates and badges.

Pupils will still have the opportunity to demonstrate our Christian Values along with being nominated for the awards for the rest of the academic year; followed up with an end of year My Character Awards ceremony.

Well done Year 7 and keep up the excellent work. 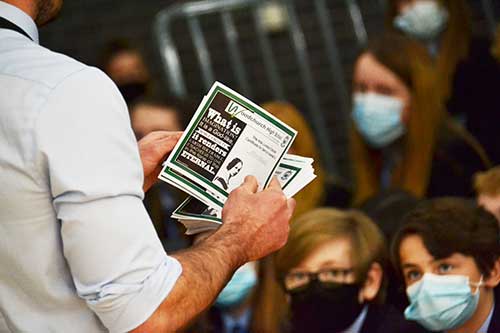