PE Teacher and Assistant Pupil Progress Leader of Year 9, Mr King was selected for England International Deaf Football Team, that competed in the European Deaf Football Championships in Heraklion, Crete. England made the quarter finals, and with it, qualification to the 2020 World Cup, which takes place next year in South Korea.

The tournament bought together the best 16 European nations, who competed in four groups of four, with the top two from each group qualifying for the knockout stages.

During the group stages of the tournament England suffered a opening match defeat to the eventual tournament winners, Ukraine, but secured their place in the quarter finals thanks to a 2-0 victory over Sweden and a 1-0 win over France.

There was to be penalty shootout heartbreak though for England, as they lost to Germany 4-3, after the game finished 0-0 after extra time.

England then played two more play-off fixtures, losing to Turkey, before beating Italy 4-2 on penalties to secure a 7th placed finish in the tournament. 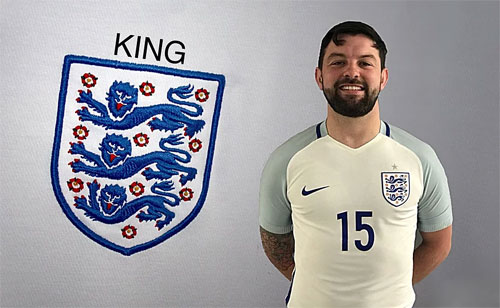