On 7th November, four of our Year 11s attended the Youth Parliament at Wallasey Town Hall, where they debated on issues relating to mental health. Our own team put forward the following motion:

"The new GCSEs are putting undue stress and burden on both pupils and teachers."

Rebekah, Ben, Hannah and Ellesia did an exceptional job at persuading parliament - their motion was carried almost unanimously!

During the debate, a counsellor commented that he used to be a teacher himself, and that he doubted that he would be as effective a teacher now due to the burden and requirements put on teachers, as he was in 1970s.

Other pupils and students responded that the current exam system was an 'educational straight jacket', which shows the powerful nature of our pupils' arguments on such a contentious, but relevant, issue. 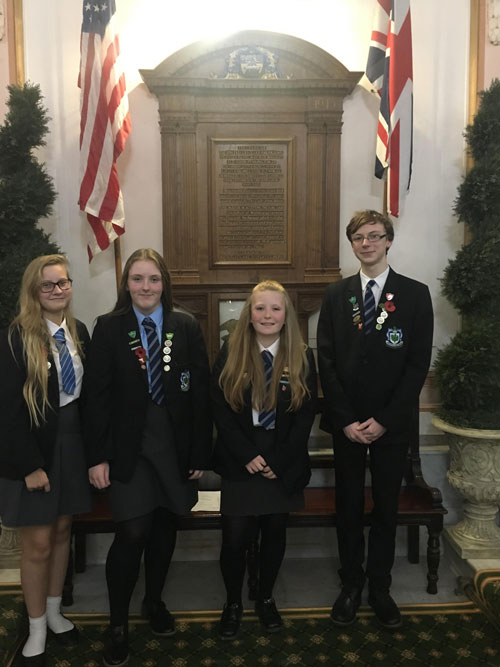