On Friday 30 June, Year10 pupils had their first ever Citizenship Day. This was an opportunity for pupils to think about what it means to be an active and responsible citizen.

We were delighted to welcome Margaret Greenwood, MP for Wirral West to launch both the half day sessions. She gave a fascinating talk entitled Democracy in Action, including what she does as an MP and how she got into politics. It was very inspiring and as a result some pupils are hoping to visit her at the Houses of Parliament next year.

After Margaret s talk, the pupils split into smaller groups where they attended a number of sessions on different Citizenship issues, some run by visitors and others by members of the school staff. We would like to thank the outside speakers from Merseyside Police, Christian Aid and Wirral Road Safety. Topics for discussion included: the law, the media and influence, improving the local community, immigration and staying safe on the roads.

Feedback from pupils about the day has been very positive, and we are hoping to run a similar event next year. 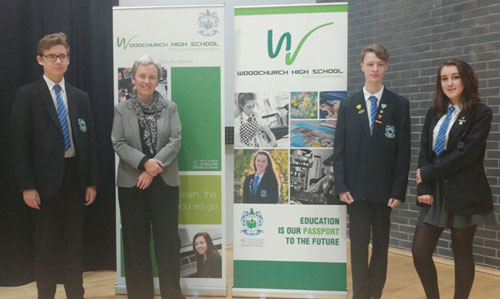