Focusing on Religious Studies, where over half of our Year 10’s took part in the experience, RS used this to help pupils’ memories on Judaism and Christianity ahead of their GCSEs.

Mr Shelton said, “The pupils studied Jerusalem last year, so we used Google Expedition to revisit this it was a great revision tool, an effective way of getting them to think back to what they had learned previously.”

During the Virtual Reality expedition, which was to Holy Places of Jerusalem, pupils saw sights such as the Western Wall, the Church of the Holy Sepulchre and the Mount of Olives. “The first scene was an aerial view of Jerusalem which gave pupils an overview of the Old City of Jerusalem, the walls and the Temple Mount.”

“It gave you an idea of what city life was like in Biblical time. Questions were asked as ‘Where was the temple?’ Then pupils identified it, and discussed who built it and when it was destroyed.”

Whilst looking at the Western (or Wailing) Wall pupils could see images of Jews praying. At one point pupils saw someone posting a prayer note into the spaces between the walls and then they could discuss what this was for.

We also saw the tomb where Jesus was laid, and discussed the events of Jesus’ death and resurrection through a mosaic on the wall.

“As well as that awe and wonder moment you get when you first experience VR, we were pleased that there is also a real-life application with Google Expeditions learning and the experience acted as a great aide-m moire.” 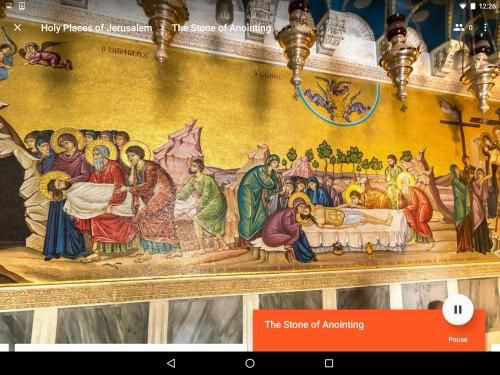 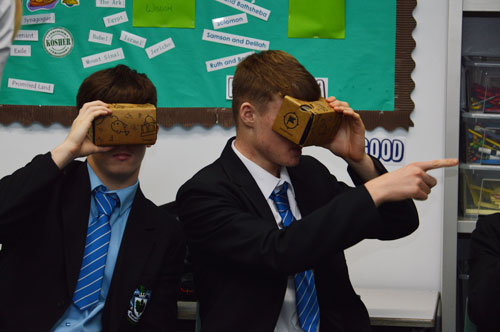 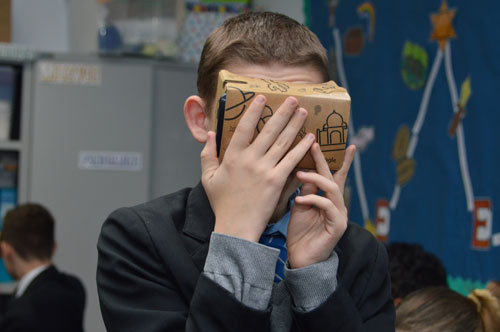 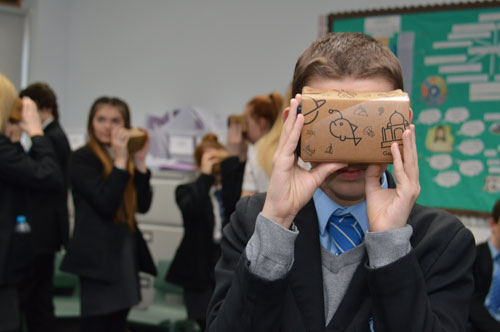 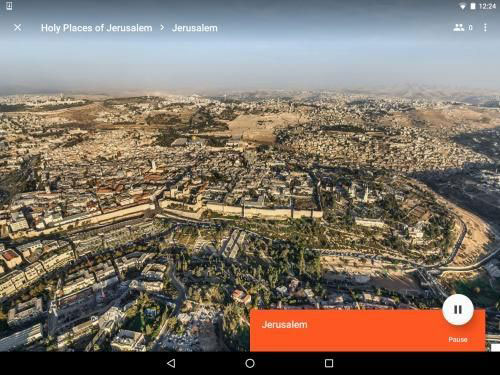