Eight Year 9 pupils recently entered an Eco Art competition organised by Lynn Struve, the Wirral Eco Schools Officer. Pupils designed and created Art work based on old maps of Wirral landfill centres and these were taken away for judging with the many entries from over 20 Wirral primary and secondary schools.

On Friday 28 June Ms Oldham and two pupil representatives were invited to attend the private viewing of the Eco Shrine exhibition at the Williamson Art Gallery. The fantastic Art done by six of our pupils is on display with work by pupils from other schools, and Emily and Beth won individual prizes for their amazing pieces. The girls received their prizes from the Wirral Mayor Councillor Dave Mitchell. Many congratulations to Emily and Beth and to all pupils whose work is on display till the end of August. You can see the girls paintings above their heads in the second photo. 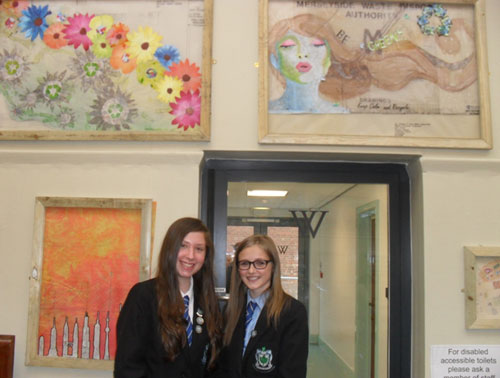 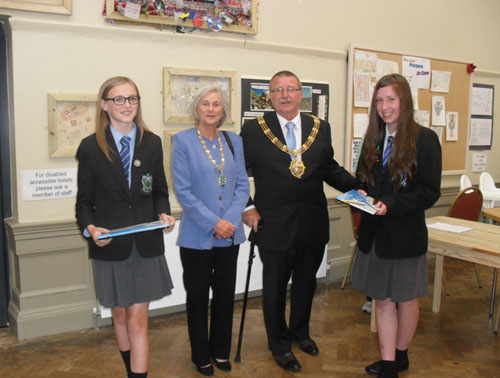