Robert Mills a former pupil came back to school to share his success and inspire Mrs Jones' Textiles Students. Robert left Woodchurch in 2007 to continue to study Textiles.

Roberts Graduate collection has been selected for London Fashion week and his work has featured in magazines such as Vogue and Glamour.

ASOS has also commented that ‘he is the next big thing to happen in fashion.’

Pupils were given the opportunity to see Roberts collection and discuss further education and possible career pathways in the fashion industry. 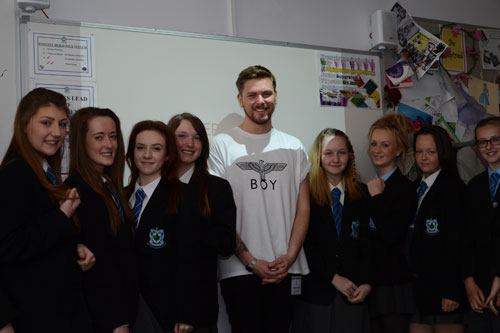 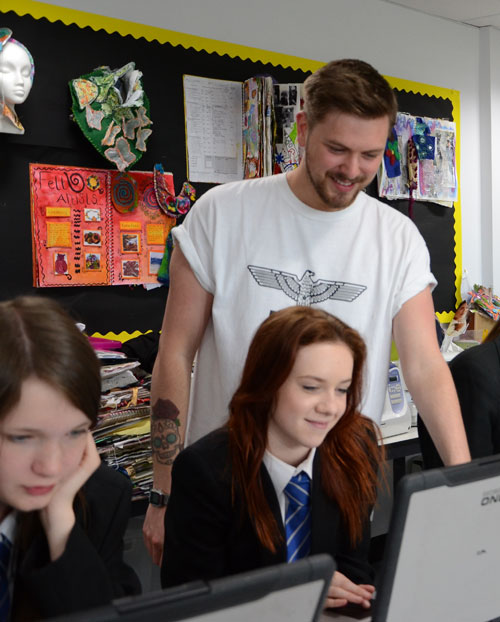 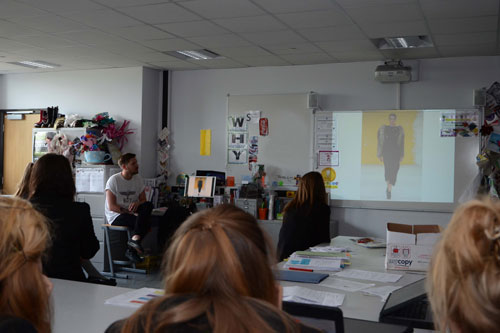